A Culture of Achievement


You don’t have to walk very far in Brooklyn to understand that not every child growing up in our communities is getting an equal start in life.

Wealth inequality in Brooklyn is a reality. The second-poorest census tract in New York City adjoins one of the highest income areas in the borough. 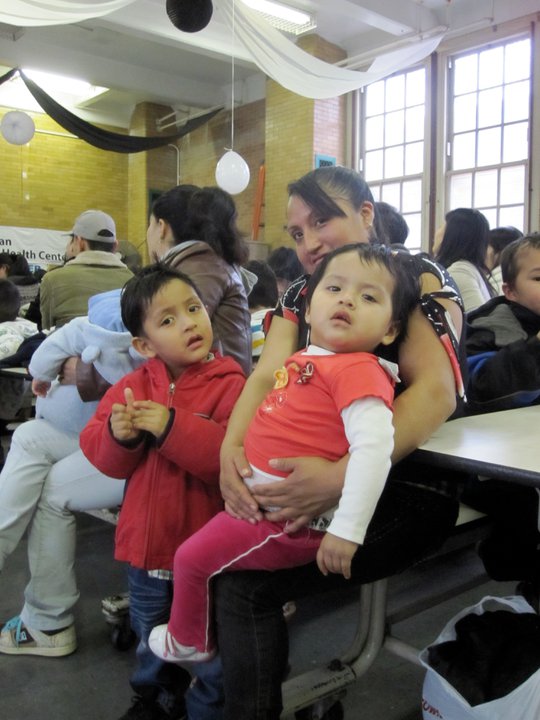 With many low-income families forgoing enrollment in pre-K and kindergarten, their children are already far behind their peers once they enter the classroom for the first time—setting in place a course that will affect their future success. As Brooklyn becomes more affluent, these disparities become ever more apparent, which is why it’s so critical that we take steps now to make sure that all of our children have a better chance at success.

Two Brooklyn neighborhoods – Sunset Park and Flatbush - have been awarded major grants from the Federal Department of Education to align local services and leadership to focus on improving the outcomes for children in their communities. This initiative, called Promise Neighborhoods, is modeled on the successful efforts pioneered by Geoffrey Canada in the Harlem Children Zone.

In 2010, President Obama launched the Promise Neighborhood grant competition to encourage communities across the country to fuse strong partnerships between local schools and non-profit organizations to ensure that no child falls through the achievement gap.

That year, Lutheran Family Health Centers was 1 of 21 groups nationwide (out of 300+ applicants) to receive a coveted $500,000 planning grant in Sunset Park. They were one of only two New York City organizations to win a grant; Abyssinian CDC in Harlem was the other. In 2011, Flatbush-focused CAMBA brought home a second Promise Neighborhood planning grant to Brooklyn.

These two organizations, while not traditionally involved in education, have committed decades of work to strengthening the health of their largely immigrant communities. The Promise Neighborhood grants allow them to knit together community services and align them with those provided at the government level, to produce better outcomes for all children. It’s a holistic approach, which we believe holds great potential for transforming education, health, and employment outcomes for decades to come.

The Brooklyn Community Foundation has taken on an advisory role for both groups to see that they not only succeed, but create a chain reaction across Brooklyn.

Image courtesy of Harlem Children’s Zone
In Sunset Park—where nearly 35% of children live in poverty—Lutheran Family Health Centers' Department of Community Based Programs is focusing on uniting their network of early education centers and health programs with community stakeholders to realize their Sunset Park Promise Neighborhood plan in a 50-block area between First and Sixth Avenues and 33rd and 43rd Streets.

“At its essence, the Sunset Park Promise Neighborhood is a community-driven movement—aimed to ensure that children in Sunset Park reach adulthood with the educational, life, and social-emotional skills they need to thrive.  Bringing residents, schools, government, and local service providers' perspectives to the table, we are working to build connectivity between educational and social systems that support families—with specific focus on our early childhood services.“
- Kathy Hopkins, Vice President for Community Services,
Lutheran Family Health Centers

In creating their plan, the Sunset Park Promise Neighborhood engaged our research partners at the Center for the Study of Brooklyn at Brooklyn College to host town hall meetings (conducted simultaneously in Spanish, Cantonese, Arabic, and English), complete a neighborhood-wide asset and needs assessment, and provide supporting data analyses and reports on the health and trends in the community. CAMBA has now started the same process with the Center for the Flatbush Promise Neighborhood. Read more about their latest efforts in the Daily News.
As the Sunset Park Promise Neighborhood emerges from the planning stage, the Brooklyn Community Foundation is leading a group of funders to take it from concept to reality.  We’ve already given $25,000 to support development of a database for Promise Neighborhood partners to enable them to share information about their students and program members, give concrete evidence of the effects of their work, and develop new and improved education methods.

We’re excited – but not surprised – that Brooklyn is taking the lead in community change with a focus on our next generation. The Brooklyn Community Foundation is committed to creating a more equitable environment for all of our residents, particularly those who do not yet have a voice.

We know that educational attainment is the key to breaking the cycle of poverty. Yet children from low income families are six-times more likely to drop out of high school than students from higher income families; among those who do graduate, only 1 in 3 can expect to enroll in college—only one of seven of whom will go on to earn a degree. But there’s hope in our Promise Neighborhoods.

What changes we can facilitate in Sunset Park and in Flatbush will inspire other Brooklyn neighborhoods to create zones of grassroots prosperity where all children grow up in a culture of achievement.


Last Chance - Help Us Win a Donation from Bay Ridge Toyota!
Please take a minute to log on to Facebook and cast a for us in Bay Ridge Toyota's Build a Better Brooklyn contest. Voting closes Thursday, March 22! The dealership will give the winning charity a percentage of the proceeds from every car sold during the first quarter of this year. We're in second place -- every vote counts! Vote here and share with your friends.

Keith Haring at the Brooklyn Museum
This weekend, be among the first to see Keith Haring: 1978–1982 at Brooklyn Museum, the first large-scale exhibition to explore the early career of one of the best-known American artists of the twentieth century. Tracing the development of Haring’s extraordinary visual vocabulary, the exhibition includes 155 works on paper, numerous experimental videos, and over 150 archival objects, including rarely seen sketchbooks, journals, exhibition flyers, posters, subway drawings, and documentary photographs. On view March 16–July 8, 2012.