Thanks to the generosity of our donors and Donor Advised Fund holders, we distributed $7,068,413 in grants to nonprofits in 2018. This is a record-breaking total in the Foundation’s nearly 10-year history and a huge milestone for our growth.

To learn more, explore the complete database of our Community Fund grants and how you can set up your own Donor Advised Fund to maximize your charitable giving.

This week, U.S. District Judge Jesse Furman ordered the Commerce Department to remove the citizenship question from the 2020 census in a lawsuit brought by Brooklyn Community Foundation grantees New York Immigration Coalition, Make the Road New York, along with the New York Civil Liberties Union and the New York Attorney General. The decision is likely to be appealed and may make its way to the Supreme Court.

We joined with Brooklyn Borough President Eric Adams, our co-chair on the Brooklyn Complete Count Committee for Census 2020, to issue the following response the news:

“We are thrilled to congratulate the advocacy work of the New York Immigration Coalition as well as so many other immigrant rights organizations that have raised their voices against this injustice, as we celebrate Judge Furman’s decision as a milestone in the fight for a fair and accurate Census count. This is a resounding victory in our fight to #MakeBrooklynCount. Brooklyn is the “hardest to count” county in all of New York State, and the efforts of the Trump Administration to add a citizenship question would further disenfranchise our residents — 40 percent of whom are foreign-born — and their families from being counted and from receiving the resources and representation they deserve.”

Celebrate the victory by signing this petition to New York State leaders to urge them to allocate $40M in funding for census outreach.

As 2019 shapes up to be even more politically volatile than last year, there are lots of national issues and organizations grabbing our attention. But the greatest impact we can make as individuals is right at home.

Check out our five reasons why supporting local organizations should be one of your New Year’s resolutions!

Join us on Thursday, February 28th at BAM’s Lepercq Space for the 3rd annual Spark Breakfast to honor the five winners of this year’s $100,000 Spark Prize as well as pay tribute to the inspiring leadership of community advocate and faith leader Rev. Emma Jordan-Simpson. Tickets are just $75 and on sale now! 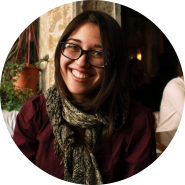 Welcoming Jameela Syed to Our Team

We are pleased to welcome Jameela Syed as our Development and Communications Associate, a new position that will support both our donor services and communications teams. She previously worked for the Global Language Project, as an English Lector at the University of Bordeaux, and as a Fulbright English Teaching Assistant at a public high school in the Paris region.