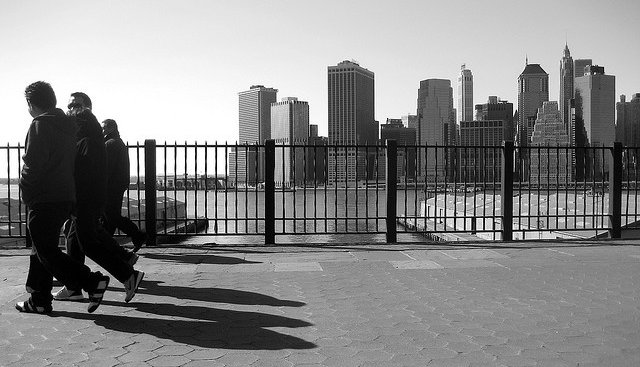 On the tenth anniversary of 9-11, we invite you to join us in discussion with acclaimed author Julie Salamon (Wendy and the Lost Boys, Hospital) as we examine the reasons people choose to do good in the world—the first program in our new Why We Do Good philanthropy series.

The conversation will be framed by Salamon’s 2003 book Rambam’s Ladder: A Meditation on Generosity and Why It is Necessary to Give, which she wrote in the wake of 9-11 when much of New York and the nation were trying to understand the evil acts that had just occurred. The book explores motivations for doing good and frames them in terms suggested by the 12th century philosopher and scholar Rabbi Moses ben Maimon, also known as Maimonides or Rambam.

In Rambam’s Ladder, Salamon looks at examples of contemporary giving and how they fit into Rambam’s Ladder of charity—the eight stages of giving—ranging from grudging giving on the lowest rung to the most generous and effective giving on the highest rung. Looking back on the 10 years that have passed since the attacks, Salamon and Brooklyn Community Foundation President Marilyn Gelber will discuss personal philanthropy in a turbulent and changing world.

"Like many people, the tragedy forced me to look closely at my values. Why do I believe in the things I do? How do I teach my children to be good in the face of evil? A friend suggested I read Maimonides, who was also known as Rambam. I was astounded to find how relevant his "Ladder of Charity" remains. The urge to do good feels like a life raft in the river of human troubles that flows from then to now."
- Julie Salamon

Poetry on the Promenade

Following the talk, through the participation of Poets House, audience members will be invited to walk to the Brooklyn Heights Promenade where New York City-based poet Dave Johnson will read brief selections from his work as well as Galway Kinnell’s “When the Towers Fell.”

The program, which will convene in Brooklyn Historical Society’s first floor gallery space, is free and open to the public.


To RSVP, go to http://is.gd/kmyeFA or call 347.750.2310. Invite your friends on Facebook.
The Brooklyn Historical Society is located at 128 Pierrepont Street in Brooklyn Heights.