Why did you start Black Art Futures Fund?

Black arts organizations contribute so much to the artistic and creative community at large, but are significantly underfunded. With encouragement from Shay Wafer (Executive Director
of 651 ARTS), I felt that the fundraising and organizing skills I’d developed while working with and for several Black art organizations, and also as a Black artistic producer, could create the foundation for a force in Black arts funding.

Why at the Foundation?

BAFF could immediately impact clients and organizations in Brooklyn, so it was important to choose a partner that was local, already invested in the artistic community, and that would have a personal touch. Having the Foundation as the fund steward is a significant political statement in itself.

I learned about DAFs through ALLINBKLYN (a women’s philanthropic initiative based at the Foundation), and was already familiar with the Foundation as a major funder of Brooklyn-based nonprofits. Additionally, several of my friends had begun giving circles after the 2016 election. BAFF is a hybrid of the DAF and giving circle models.

What about Brooklyn excites you?

Finding a number of arts and culture opportunities literally outside my door was overwhelming when I first moved to Brooklyn. The arts are what keeps Brooklyn beautiful and important. 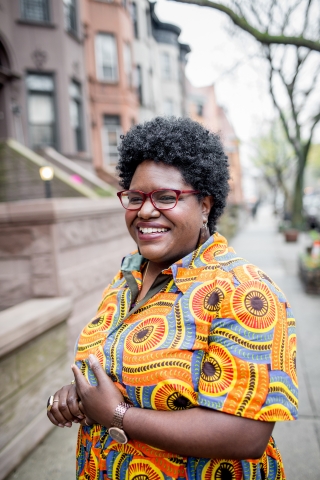