"Between the convenience of the structure, the helpfulness of the Foundation staff, and the quality of the reporting, I don’t know what more you would want.”

Brooklynite Doug Freedman has been a longtime partner of Brooklyn Community Foundation, starting in 2012 when he and his wife opened a Donor Advised Fund as a tool to give to local charities with their children. As Doug saw firsthand how DAFs made giving easier, he began to see it as a potential benefit for the company he works for as well.

Doug is Chief Financial Officer for 2x4, a global graphic design firm with offices in New York, Beijing and Madrid, whose founding partners all call Brooklyn home. Through his role overseeing day to day operations for the firm, he observed that it was becoming increasingly challenging to distribute donations before the year-end charitable tax deduction deadline.

“I suggested using a Donor Advised Fund, specifically at Brooklyn Community Foundation, mostly because of how convenient it is. At the end of the year, when you are really realizing what your capacity for the year is, you don’t have a lot of time to make donations and to research what you want to do, long-term. But you can park the money at the Foundation, so to speak, and over the next six months figure out what you want to do with it.”

Corporate Donor Advised Funds can help companies and their employees achieve impact in their communities and beyond through streamlined and cost-efficient services.

The partners at 2x4 opened their Fund in late 2015, and have initially focused on supporting scholarship programs in design education for college students from diverse backgrounds. The Fund has been a valuable tool for the company, both financially and in furthering its philosophy for the design world. 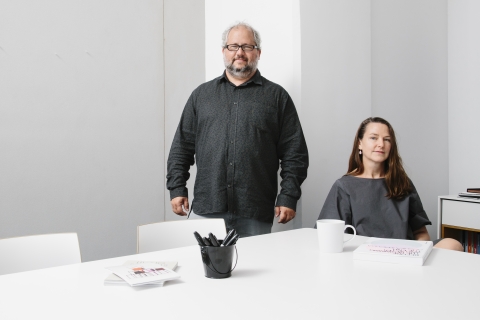