END_OF_DOCUMENT_TOKEN_TO_BE_REPLACED

The Countdown to Census 2020 Is On! Here’s the Latest In Our Fight to #MakeBrooklynCount

It’s been a busy few weeks as we approach the one-year countdown to Census 2020 — which has included an op-ed in the New York Daily News authored by our President and CEO Cecilia Clarke, the second meeting of the Brooklyn Complete Count Committee, and a trip to Albany to advocate for $40M in this year’s state budget.

We are raising our voices to call for increased awareness, funding, and planning for the upcoming decennial census count — particularly because our own borough ranks #1 as the “Hardest to Count” among all New York state counties. With the proposed addition of a citizenship question on next year’s survey, we are also concerned that our communities are being intentionally suppressed, which could lead to historically low response rates.

Brooklyn Community Foundation is determined to #MakeBrooklynCount in 2020, since we know that Census data informs our share of government funding for major social programs and civic infrastructure, redistricting and the apportionment of congressional seats, and long-term investment in our communities by both government and business.

Earlier this year, a Quinnipiac Poll found that Brooklynites are most likely to participate in the Census if they hear about it from a local nonprofit — more than faith leaders, libraries, newspapers, and social media. If nonprofits are being looked to as front-line Census messengers, we must ensure that they have the funding and capacity to do the work on top of the critical services they provide to their communities day in and day out. 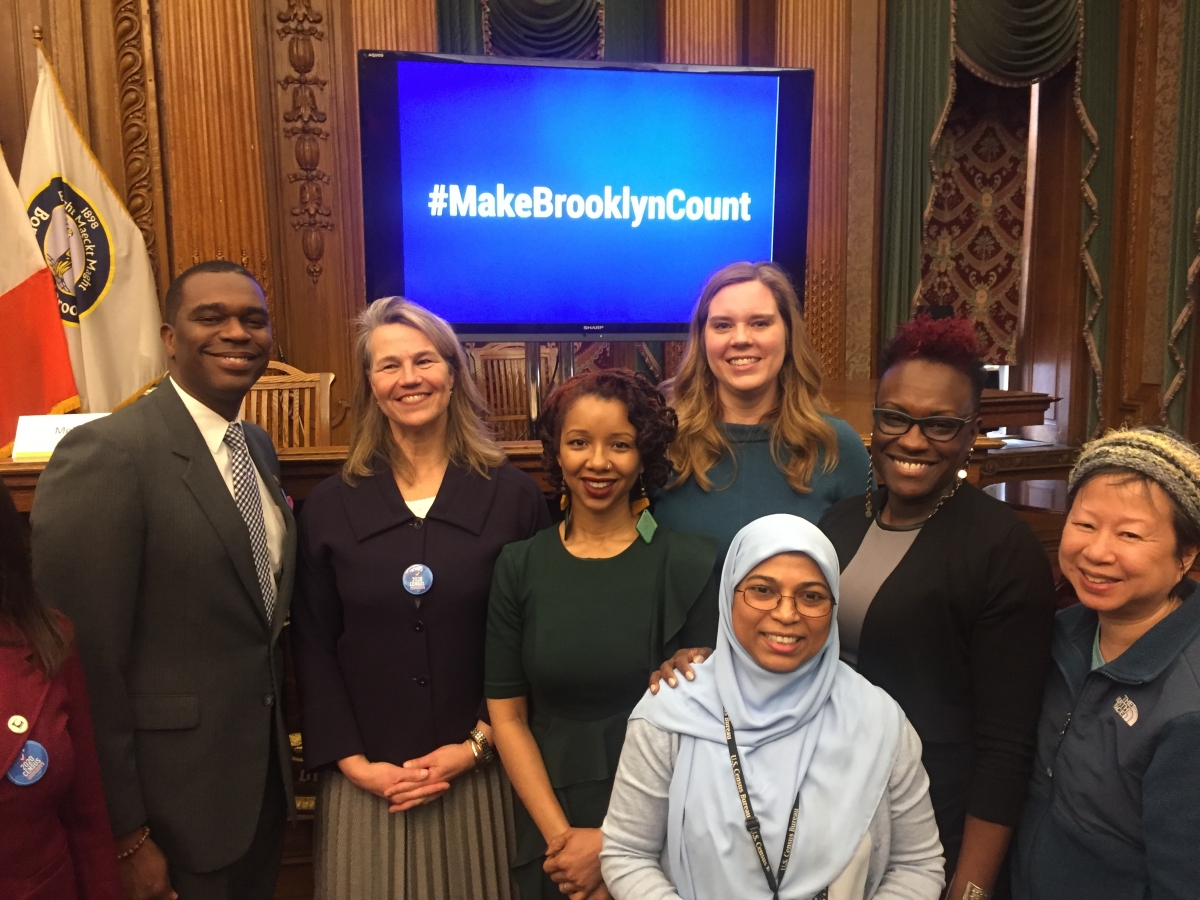 Here’s a quick snapshot of where we’ve been and what we’re doing as we fight for a fair and accurate count on behalf on nonprofits in our communities:

Now it’s time for you to join our efforts and reach out directly to your own elected officials. And next month, stay tuned for the next public meeting of the Brooklyn Complete Count Committee, and keep an eye on the Supreme Court, which is set to hear arguments on the citizenship question on April 23rd.

We’re in Albany today to advocate for $40M for CBOs in the NY state budget for #Census2020 outreach to #MakeBrooklynCount! @NYCounts2020 pic.twitter.com/6oBxlWJJgG

Great visit w office @Bobby4Brooklyn team to discuss @NYCounts2020 and why we need $40 million for an accurate count. pic.twitter.com/OZCGj6UXsm

We're in Albany today to urge @NYGovCuomo to commit to funding for #Census2020. We must do everything possible to prevent an undercount. @nycounts2020. Thanks to @LiuNewYork for meeting with us. pic.twitter.com/6mXWCe3y0c

Vice President of Communications and Strategy (She/Her/Hers)
If nonprofits are being looked to as front-line Census messengers, we must ensure that they have the funding and capacity to do the work on top of the critical services they provide to their communities day in and day out.