END_OF_DOCUMENT_TOKEN_TO_BE_REPLACED

Neighborhood Strength Series: The Ways that Art and Culture Can Build Community with Haiti Cultural Exchange

Tucked away at 1233 Pacific St. in Crown Heights is the Westbrook Memorial Garden, my last stop of this year’s Neighborhood Strength grantees and the pilot project of Haiti Cultural Exchange’s venture into public gardens. I sat down with Régine Roumain, Founder of Haiti Cultural Exchange, to learn more about why she started the organization and her vision for its work in Brooklyn.

(If you missed my last two posts about our other grantees, Bethany United Methodist Church and Repair the World NYC -- you can check them out on our blog!)

After working in the nonprofit sector for many years, Régine missed the reward of small organizations and watching them grow into something impactful. In 2009, when she founded Haiti Cultural Exchange (commonly known as HCX), she observed that although there were Haitian social service organizations across New York, there was a deficit of organizations focused on Haitian culture. HCX was created to develop a consistent and permanent source of culture highlighting the expressions of Haitian people. HCX encourages a discussion of social issues with the inclusion of programs that support emerging and established Haitian artists. 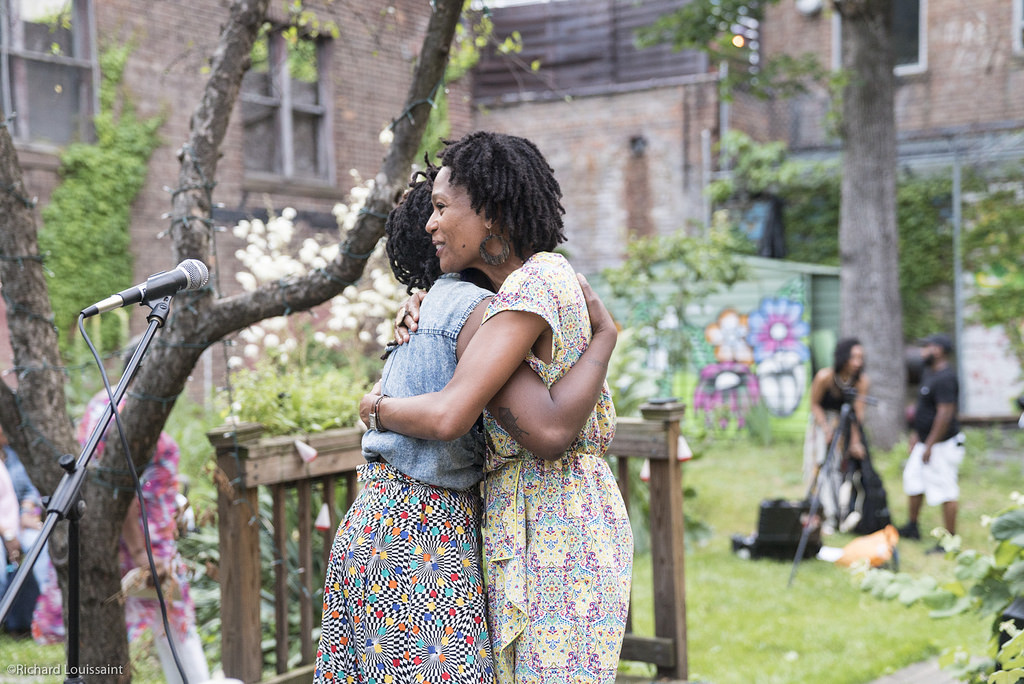 More than 61,550 people born in Haiti now call Brooklyn home with native-born Haitians making up 7% of Brooklyn’s overall immigrant population. Haiti in 3rd behind China and Jamaica in top countries of origin for Brooklyn immigrants..

In addition to gallery shows, film festivals, and live performances, Régine has expanded HCX’s presence into five community gardens across Brooklyn, from Crown Heights to Canarsie-- in neighborhoods with large Haitian populations. Every garden is created in partnership with the Brooklyn Queens Land Trust, whose mission is to educate and inspire people to become environmentally responsible gardeners, to support community involvement in community gardening, and to open space enhancement through activities and programs. 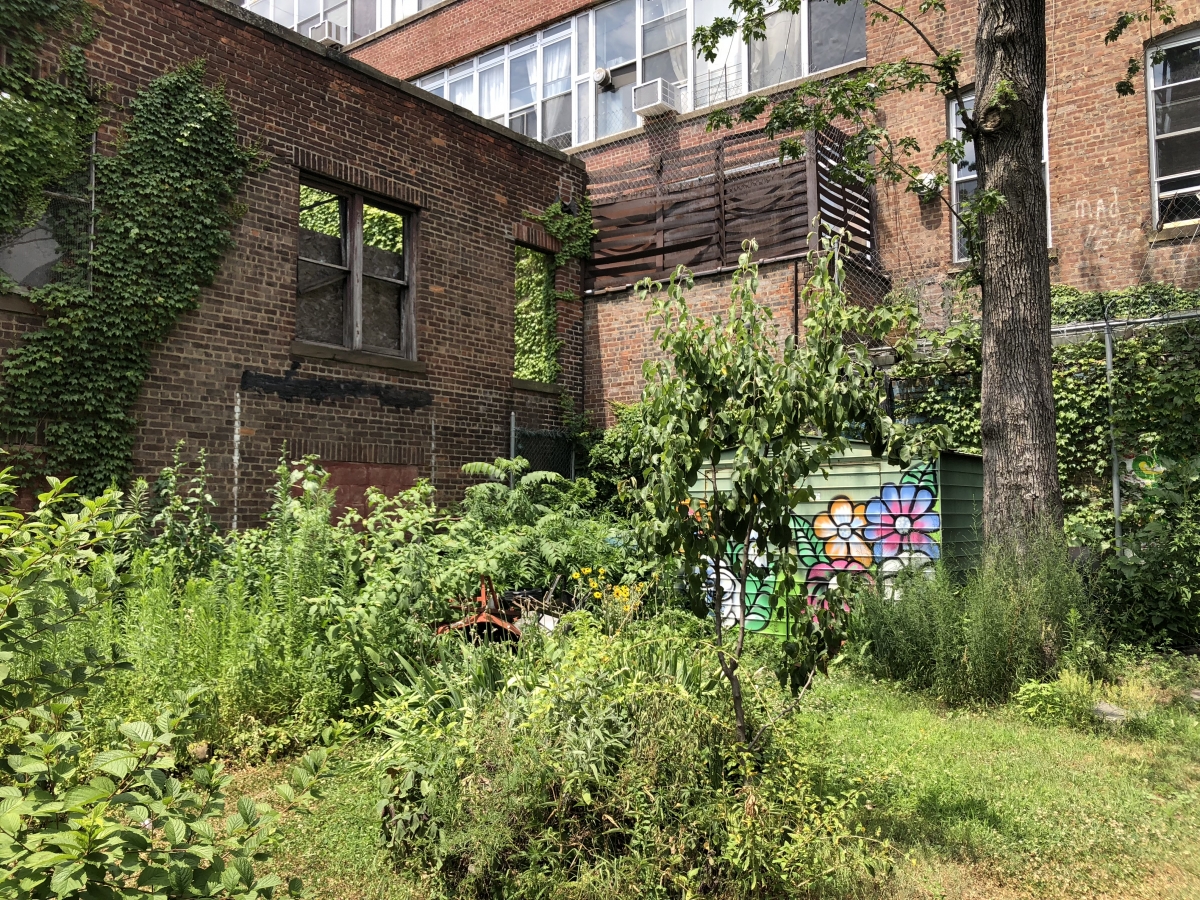 This summer, Régine and Haiti Cultural Exchange decided to incorporate visual arts into the gardens (previous programs focused on performances). Hung from fences and branches in four of the HCX community gardens, there have been seven Haiti-based photographers who have displayed their unique stories. The exhibition statement reads, “Living in Haiti requires a relentless fighting spirit. It is a fight for life, for survival, and for the preservation of what this country possesses that is magical.” The Westbrook Memorial Garden featured Haitian photographer Pierre Michel Jean whose art documented the Haitian/Dominican relationship and the existing border spaces. 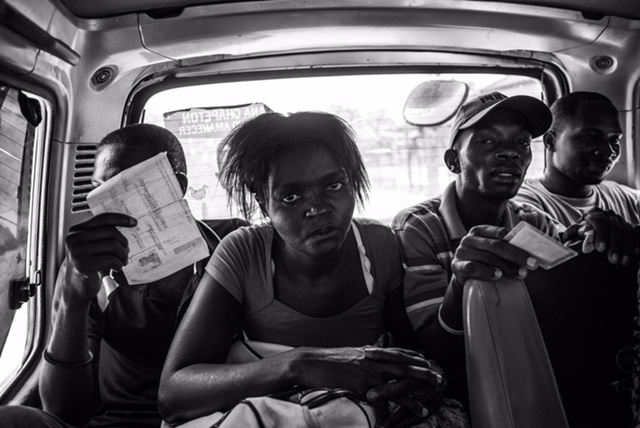 In order to highlight the organization's three pillars of values -- community, collaboration and dialogue -- Régine is always asking the question, What does it mean to be part of a community? After each program she insists on having a talkback or conversation to engage the community in the work shown.

Stepping into the future, our Neighborhood Strength grant will allow Haiti Cultural Exchange to hold more free events and exhibitions while compensating the artists. They also hope to increase and promote garden membership which would allow them to hold more public hours at the Westbrook Memorial Garden.

The development of the gardens has furthered what Haiti Cultural Exchange can do for bringing people together to enjoy Haitian arts and culture. Régine has noticed that residents will show up to the gardens for a performance and then end up in a lush community space. She states the importance and appreciation of community engagement through arts and community gardens, which is now more important than ever given our current political climate and attacks on the rights of immigrants and immigrant neighborhoods.

Communications Intern
“Living in Haiti requires a relentless fighting spirit. It is a fight for life, for survival, and for the preservation of what this country possesses that is magical.”