For more than 20 years, Cecilia has successfully managed and developed nonprofit organizations in New York City, with an emphasis on social justice and community and cultural advancement.

Cecilia joined Brooklyn Community Foundation in September 2013, leading a holistic transformation of its strategic grantmaking, community leadership, and asset building activities. Her first signature effort, Brooklyn Insights, engaged more than 1,000 Brooklyn residents and leaders in conversations about the borough’s future and the Foundation’s role in bringing about needed change. She has since overseen the development of several strategic initiatives, including a resident-led grantmaking model in Crown Heights, a Restorative Justice pilot in four Brooklyn public schools, and an institution-wide commitment to racial justice. The National Committee for Responsive Philanthropy awarded the Foundation with its 2015 Impact Award in the category of Grantmaking Public Charity in honor of this breakthrough community-led approach. City and State has named Cecilia to both its Nonprofit Power 50 and Brooklyn Power 50 lists. Under her leadership, the Foundation has also significantly increased both its assets and the number of grants distributed through a new donor advised fund program.

Prior to joining Brooklyn Community Foundation, Cecilia was the founder and Executive Director of the Sadie Nash Leadership Project, an innovative educational leadership program for low-income young women from New York City and Newark, NJ. Cecilia started SNLP in her dining room with an inaugural class of 16 in 2002. Today, it is a thriving organization serving almost 1,000 annually, and widely considered an outstanding girls leadership model. SNLP was awarded the 2010 New York Times Company Gold Prize for Overall Management Excellence and the 2013 National Arts and Humanities Youth Program Award presented by First Lady Michelle Obama.

Previously, Cecilia was the Executive Director of the Skowhegan School of Painting and Sculpture, was Associate Director of The Drawing Center, and was responsible for government fundraising at the Brooklyn Museum. She got her start as a social worker, counseling women at Fountain House, a “clubhouse” program for the mentally ill.

Cecilia is a member of the Citibike Equity Advisory Board and the Board of Directors of Sadie Nash Leadership Project. She previously served on the New York State Attorney General’s Leadership Committee for Nonprofit Revitalization, the Board of Directors of the Drum Major Institute for Public Policy, as an Adjunct Professor at New York University’s School of Education, and as a volunteer for the Park Slope Safe Homes Project.

Cecilia received her B.A. from Georgetown University. A mother of three, she lives in Fort Greene with her husband and two younger children. 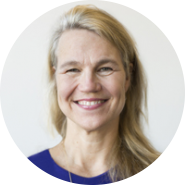